July 04, 2016
Priyanka Raina upcoming short film Director, actress and online journalist has just released her latest package of of Three Short Films ( all PSA's ), all based on Different scenarios . 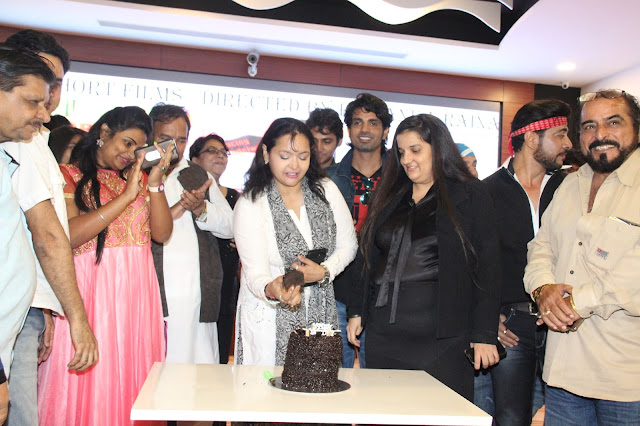 Cold Drinks is Injurious to Health talks about how aerated drinks could be injurious to our health. The film introduces Abhishek Bajaj and Navjot Singh,  is Produced by Tapish Joshi under Devil Mixing Pictures & Omniscent Entertainment. 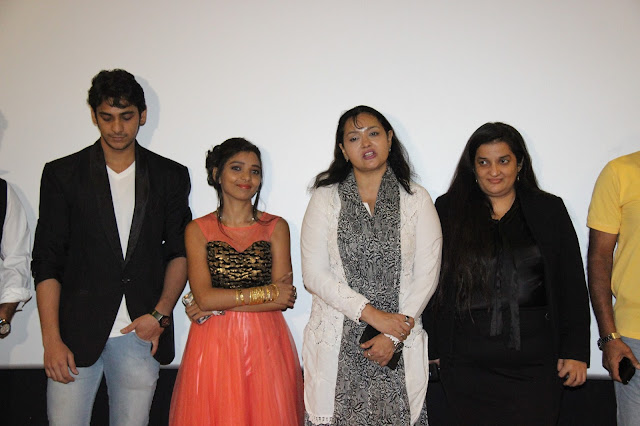 TRING TRING Wrong Number highlights the dilemma young men face when their mothers search out a suitable bride for them. In this scenario, the boy played by Yash Khandelwal, mistakes an impromptu sexy visitor for the girl his Mom haschosen for him. But soon enough he is disillusioned of that fact.  This film is produced under Princess Productions and Media Entertainment & OmniScent Entertainment

Main Heroine Banna Chaahti hoon comes as a warning to aspiring starlets as to how not to go about trying to get a role in the Hindi film industry. This Story Introduces GAUTAM BHATIA & Fresh new Talent CHARU SHARMA.

Jessica Biel to play Melina in TOTAL RECALL When the Total Recall starring Arnold Schwarzenegger was released in 1990 not just the film but also the character of bold and beautiful Melina played by Rachel Ticotin was very well received. The role made Rachel a household name and she was signed for many more films like “First time felon”, “Con air”, thereafter. The reboot of this super hit blockbuster will be released on 3rd August starring Colin Farrell, Kate Beckinsale and Jessica Biel. This time around it will be Jessica who will be playing the role of Melina and will be seen butt kicking the goons. But will this role of Jessica land her in a puddle of more fame and glory and will she be able to live up to the expectation of the audience who are fascinated by Rachel’s version of Melina? The audience awaits the arrival of new Melina with the release of the reboot Total Recall of Sony Pictures. The film releases on 3rd August.
Read more

Dara Singh An Obituary “Dara Singh”, the magic words of strength! Almost everyone born in the fifties to sixties would easily associate at least one episode in his life when seeing a heavy object he had exclaimed “ Isse Dara Singh uttha lega ?” or chiding a wannabe bully “Oye, tu Dara Singh hai ”? The man was synonymous with a super human strength. Little wonder when the movie directors started looking out for an appropriate man to play Lord Hanuman he was a natural choice. Belonging to a small village, Butari near Amritsar, he shot into public eye with his wrestling exploits. For the first time an Indian wrestler successful matched muscles and skills with the best international names in free style wrestling. From Rustam-e-Hind he quickly rose to be the Rustam-e-Zaman and in an era when there was nothing to cheer about in individual sports achievement he brought smiles and glory to the nation. I too saw one of his matches with a much-touted wrestler from USA named Godi
Read more

September 02, 2020
Last month, the Mumbai Academy of Moving Image (MAMI) announced that in the light of the coronavirus crisis, the Jio MAMI 22 nd Mumbai Film Festival had been pushed to 2021. The next edition of the festival will now tentatively be scheduled for October 2021. While a physical festival, jury and competitive awards remain unviable this year, in an effort to support the journeys of independent films, the festival today announced its Official Selection List 2020 for Indian films (India Gold, India Story and Dimensions Mumbai).   “Our official selection list of Indian films is a show of faith and solidarity in this dark and difficult year. In the light of the festival not happening in 2020, the idea is to support and champion the Indian films that would have screened as part of the festival this year,” said Smriti Kiran (Artistic Director, MAMI and Jio MAMI Mumbai Film Festival).    The selected films will not be screened this year either in theatres or digitally but will have t
Read more