Showing posts from April, 2011
Show all

GUS VAN SANT’S RESTLESS TO BE SHOWCASED AT CANNES 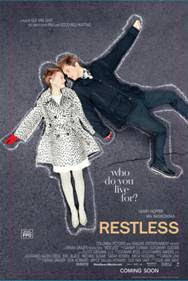 GUS VAN SANT’S RESTLESS TO BE SHOWCASED AT CANNES

Gus Van Sant’s RESTLESS will open the Un Certain Regard section at Cannes on 12 May.

The following talent are expected to attend:

Synopsis: Two outsiders, both shaped by the circumstances that have brought them together, forge a deep and lasting love. Directed by Gus Van Sant (Good Will Hunting, Milk, Paris Je T’Aime), one of the most astute observers of people living life on the edge, comes a take on friendship and young love as engaging and true as it is provocative and stirring.

April 23, 2011
Restrepo" co-director Tim Hetherington, who was killed Wednesday by a rocket-propelled grenade while working in Libya, had dedicated much of his career to showing humanity in the face of conflict. The 40-year old photojournalist was working on a freelance assignment in Misurata, one of the hotspots in the ongoing Libyan rebellion.

Hetherington had been in Libya since April 10 and was killed along with Getty photographer Chris Hondros. Two other photogs, Guy Martin and Michael Brown, were also injured. A rep for Hetherington said although it was unclear which side was responsible for the attack, it occurred while Col. Muammar Gaddafi's forces were being pushed back.

Hetherington last tweeted on April 19, "In besieged Libyan city of Misurata. Indiscriminate shelling by Qaddafi forces. No sign of NATO."

Hondros covered conflicts including in Kosovo, Lebanon, Iraq and Afghanistan. An award-winning Getty photog, his work appeared in major U.S. newspapers and mags. 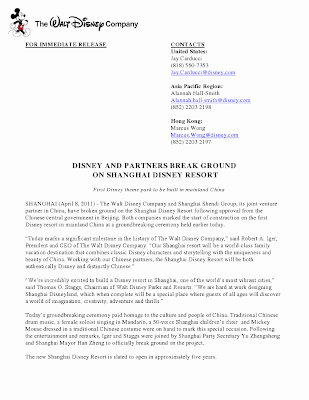 IFFLA Chair of Board of Board of Directors Arnold Peter stated, "IFFLA is predicated on creating a well rounded experience for our audience and our filmmakers. It is important to address current issues that arise out of the growth of the Indian film industry not only as a major content provider, but also as a future trend-setter. This year's Seminar Day addresses those factors and we are fortunate to have some of the…
Post a Comment
Read more

April 07, 2011
FILMING BEGAN ON “UNKNOWN WHITE MALE” in Feb 2010
LIAM NEESON HEADS THE CAST OF THE ACTION THRILLER
SHOT ON LOCATION IN GERMANY and soon to be released in India.

Be a star on stage!

Celebrating its 20th anniversary, Shiamak’s dance school, Shiamak Davar’s Institute for the Performing Arts (SDIPA brings with it the training, the technique and the grandeur of a stage performance by his students across the country. Shiamak’s Summer Funk has grown to become a favourite summer workshop amongst people of all ages, giving dance enthusiasts the best training and putting them on stage to experience the thrills of being a star!

Embarking upon a journey two decades ago with a vision to change people’s perception of dance, creating benchmark and setting standards for performing arts, Shiamak has led the world in embracing a dance movement that is beyond the ordinary, enthralling people in what can aptly be called the Shiamak Movement. He is on a mission to educate the world with the joy of dancing, to entertain audiences with his creative brilliance, and to empower people with his belief that if you have the will, you’ll always tr…
Post a Comment
Read more

STAR ON THE HOLLYWOOD WALK OF FAME

WHAT: 2,436th Star on the Hollywood Walk of Fame. Motion Picture Category

WHERE: 6834 Hollywood Boulevard in front of The El Capitan Theatre

In anticipation of the release of her new film, “Pirates of the Caribbean: On Stranger Tides” in theaters May 20, 2011, Penelope Cruz received a star on the Hollywood Walk of Fame on Friday, April 1, at 11:30 am. in front of the El Capitan Theatre, 6834 Hollywood Boulevard. An Academy Award® winner Penelope Cruz has proven herself to be one of the most versatile actresses by playing a variety of compelling characters, and most recently, becoming the first actress from Spain to be nominated and to win an Oscar®.

Just go with it- hollywood release in India

Opening at #1 at the US box office, JUST GO WITH IT has a plastic surgeon (Adam Sandler) romancing a much younger schoolteacher (Brooklyn Decker). He enlists his loyal assistant (Jennifer Aniston) to pretend to be his soon-to-be ex-wife, in order to cover up a careless lie. When more lies backfire, the assistant's kids become involved, and everyone heads off for a weekend in Hawaii that will change all their lives.

IFFLA Executive Director Christina Marouda said, "We are very appreciative to have such distinguished members of the film industry join us. From academics and acting to filmmaking and journalism their varied expertise offers a well-rounded perspective to this year's jury."

The awards will be given out after the red carpet arrivals on Sunday, April 17th, prior to the closing night gala and world premiere screening of Walt Disney Pictures' ZO…
Post a Comment
Read more
More posts