Showing posts from August, 2011
Show all

HOLLYWOOD, CA, August 16, 2011 – The Indian Film Festival of Los Angeles (IFFLA) announced its Call for Entries today. The 10th anniversary edition will be held April 10-15, 2012, at ArcLight Hollywood, located in the heart of Los Angeles.

The early deadline with reduced fees for all film submissions is November 11, 2011. The final deadline is January 6, 2012. IFFLA 2012 seeks narrative, documentary, music videos, experimental, children’s and animated films of any length and format. Jury and Audience Choice Prizes are awarded for Best Feature, Best Documentary and Best Short films.

IFFLA 2011 had over 7,500 attendees and screened 35 films from India and around the world. In addition to the state-of-the-art exhibition of their work, through the festival filmmakers in attendance gained access to prominent executives in the Hollywood film industry. 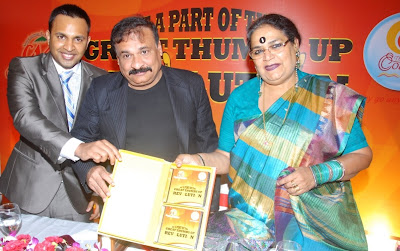 At a Media Conference held at Country Club, Andheri, Mumbai, CCIL Chairman Mr. Y. Rajeev Reddy along with India’s most versatile singer Ms. Usha Uthup unveiled Birthday & Anniversary songs sung by her that are dedicated to CCIL'S GREAT THUMBS UP REVOLUTION. These songs make the celebrations at Country Club memorable & very special for its esteemed members.

CCIL’S GREAT THUMBS UP REVOLUTION, is celebration of members’ Birthdays & Anniversaries. CCIL takes the initiative to invite the members to celebrate their Birthdays and Anniversaries and turns them into memorable occasion of a lifetime. CCIL compliments the occasion with delicious cakes, celebratory drinks, flowers and p…
Post a Comment
Read more 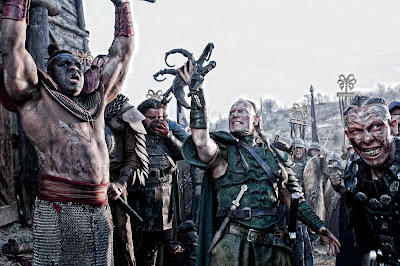 The world’s most famous barbarian returns to the big screen on 26th Aug, 2011
The most legendary Barbarian of all time is back this Season. Deftly adapted from the original works of Robert E. Howard and faithful to the mythology and psychology of his iconic character, CONAN THE BARBARIAN (3D) stars Jason Momoa (Baywatch Hawaii), Rachel Nichols (G.I. Joe: The Rise of Cobra, Star Trek), Stephen Lang(AVATAR), Ron Perlman (Hellboy), Rose McGowan (Charmed, Grindhouse), Saïd Taghmaoui, and Leo Howard. The film is directed by Marcus Nispel (The Texas Chainsaw Massacre, Friday the 13th, Pathfinder), and written by Thomas Dean Donnelly & Joshua Oppenheimer and Sean Hood. Lionsgate and Millennium Films present a Millennium Films in association with EFF Independent Productions and a Conan Properties International LLC production and is being distributed in India by Hira Films P. Ltd. Scheduled for 3D and 2D theatrical release on 2…
Post a Comment
Read more 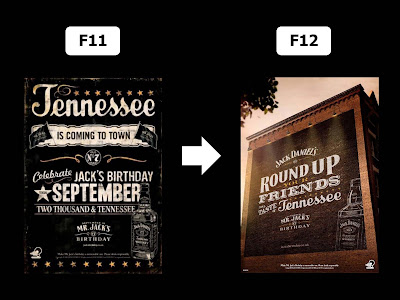 New Delhi August 5, 2011: Announcing a series of special offers and exclusive parties, as India joins the annual, global soiree to celebrate Jack Daniel’s 161st Birthday. Presenting a very collectible ‘Mr. Jack’s 161st Commemorative bottle’, Jack Daniels also ties up with Harley Davidson to offer bikes to 4 lucky winners who gets to ride home on this legend by merely ordering their favorite JD at a partnering bar or buying a bottle at Duty Free shop, at the airport. This year a special limited edition Jack Daniel’s 161st Birthday bottle is predicted to fly off the shelf.
Every September the world celebrates Jack Daniels birthday. There are birthday messages on billboards on tube stations in London, across the city in Cape Town, in subways in New York and on kiosks in the Old town of Prague. P…
3 comments
Read more

August 11, 2011
The Swiss Indian Film Bridge - SIFB, a production of Les Films du Lotus (Switzerland) and Curry Western Productions (India) - is organizing an Indian Festival in Geneva during the annual Fetes de Geneve, one of Europe biggest open-air Summer Festival in Europe, where India is this year's guest of honor.

Wednesday 10 of August, the opening night will feature a presentation of the BNA GermanyAnnual Central European Bollywood Awards, rewarding the best films of 2010 (a 20 min. presentation from 8.45 pm).

The films screened each night are :

DEV D by Anurag Kashyap
A modern-day interpretation of the classic novel Devdas by Sarat Chandra. Dev, Paro and Chanda of Dev D reflect the sensibilities, conflicts, exuberance and recklessness of the youth of today. A generation that is jammed betw…
Post a Comment
Read more


The Marathi Theatre Festival will showcase five plays followed by Chauraha discussions from August 5-9, 2011; along with a photography exhibition on the Golden Age of Marathi theatre from Aug ust 3- 10, 2011, only at the NCPA

Mumbai Plays ranging from comedy to human folly, from tragedy to edge-of-the-seat thriller, this year's edition of The 'NCPA Pratibimb - Marathi Natya Utsav' has an entertaining and enriching mix of theatre for Marathi theatre aficionados.

The National Centre for the Performing Arts, India's premier arts and culture institution, is proud to present the second edition of NCPA Pratibimb - Marathi Natya Utsav 2011 - a festival of Marathi Theatre from August 5 - 9, 2011 at the Experimental Theatre, NCPA, with a selection of five contemporary Marathi plays. Renowned theatre expert, Amol Palekar is this year's face of the festival. All the performances will be follo…
Post a Comment
Read more

Naya film festival closes with a brief preview of Aarakshan 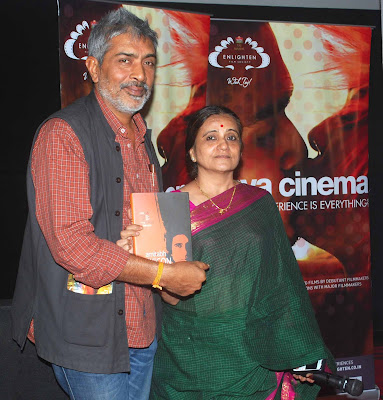 “Future View” was a selection of 20 minute clips from important upcoming releases. Included in the selection also were Anand Gandhi's “Ship of Theseus” and Prashant Bhargava's “Patang”.

Prakash Jha then fielded many questions from the audiences and media present, talking about why he chose this subject and how he had to re-learn mathematics for the film!! He spoke about his admiration for Mr Bachchan and invited any group who had an issue with the film to contact him!

The event was hosted by Bhawnaa Somayaa who also launched her latest book on Amitabh Bachchan.

Rise of the Planet of the Apes releasing this Friday, August 5th 2011 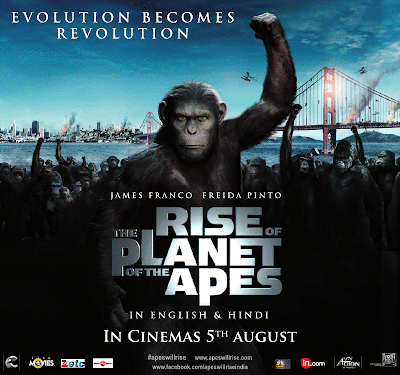 Fox Star Studios’ Rise of The Planet Of The Apes to open in record number of single screens!

After the superb success of X-Men: First Class, looks like Fox Star Studios is all set to have more box office magic as it releases next week, Rise of the Planet of the Apes, one of the most anticipated Hollywood film of this year!


Come August 5th, the film will open in a record number of 450 single screens, doubly trumping any previous Hollywood films such as Harry Potter and X-Men: First Class, which itself opened in 250 single screens. No other Hollywood film has seen such a massive and aggressive opening, especially in the dubbed languages (Hindi, Tamil and Telegu), as the film makers feel audiences all over India will connect with the film because of its universal appeal. In fact the release of this film is on par with openings received by anticipated Bollywood films, say sources, since it’s the only big release this week.