Showing posts from March, 2016
Show all

March 31, 2016
SONY DEVELOPS THE WORLD’S FIRST GHOST-CATCHING DEVICE - The Proton PackTM will be the first of its kind to capture ectoplasmic matter –

Tokyo, Japan, April 1, 2016 - Sony Corporation ("Sony") announced today that it has successfully perfected the Proton PackTM(#protonpack), a product designed to capture content from a parallel dimension.
The Proton PackTM is equipped with a state-of-the-art, miniaturized superconducting synchrotron, which accelerates injected protons from a hydrogen plasma cell. Superconducting temperatures are maintained by a liquid helium reservoir, and an active cryocooler ensures that operational time vastly exceeds that available from a cryogen dewar alone. Adaptive beam-steering technology guides the proton beam to an ergonomic wand, which doubles as a beam-halo tuning cavity to provide maximum down-range accuracy. The backpack form factor allows built-in psychokinetic grounding to the user’s spinal column, eliminating spectral noise feedback loops.
In dev…
Post a Comment
Read more 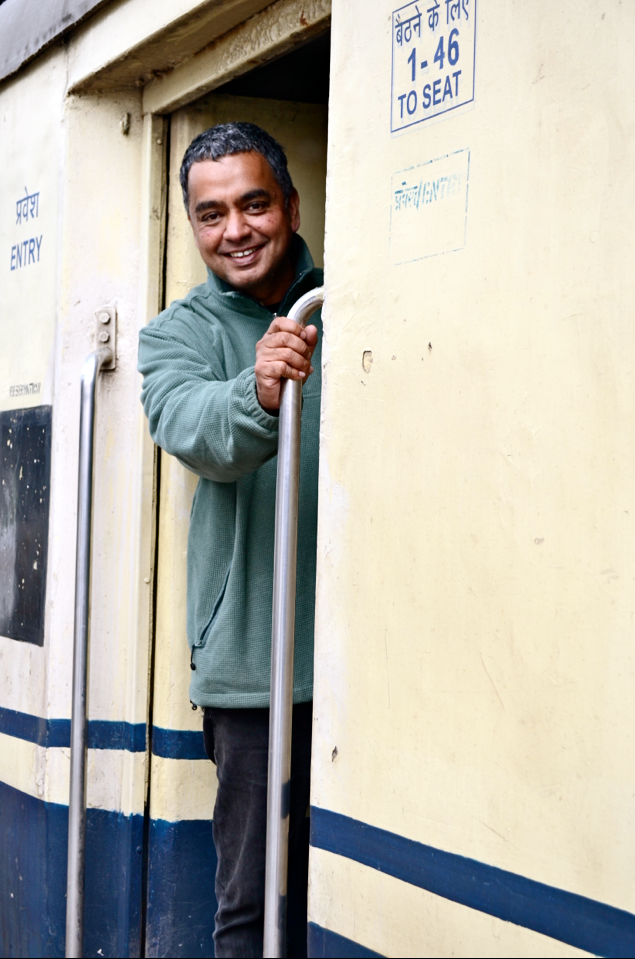 
The song Paani Paani from the film Cabaret is rocking the charts at the moment with the sensuous Richa Chadha who plays the lead in the film sets the water afire in a tastefully made song, choreographed by Bosco. Pooja Bhatt who incidentally has her first ever ‘item’ song as a filmmaker in the film, begs to differ on the word item. “It is a money song. It will make money to the makers and hence it is in the film,” she says, clearly emphasizing the need for the moolah to run the choolah! The song Paani Paani sung by Sunidhi Chauhan has music by Kaustav Narayan Niyogi and Munish Makhija with ly…
Post a Comment
Read more

March 31, 2016
India needs an Act to regulate kids’ content; provide parenting guidelines Essential for broadcasters and kids content creators to develop content that balances education and entertainment
MUMBAI, 31 March 2016: To develop and improve the mind setof citizens it was of utmost importance that children were exposed to responsibleentertainment and education.Right kind of education was more important thanRight to Education. Children consists one-third of India’s population, hence it becomes critical for broadcasters and content creators to develop content which adds value and balances education and entertainment. Therefore, India needs an Act that regulates and monitors the content viewed by children as they are the future citizens of the country. The Act should also provide parenting guidelines.
This was stated by eminent media and entertainment industry veterans at a session on ‘India needs a kids content Act’ on day two of FICCI FRAMES.The kids programming in India needs customization and …
Post a Comment
Read more

March 30, 2016
Reliance’s initial investment in Jio is Rs 150,000 cr, says Mukesh Ambani Posted on: 31/03/2016 01:14 AM   TelevisionPost Team MUMBAI: Reliance Industries Ltd (RIL) chairman Mukesh Ambani has said that the company will be initially investing Rs 150,000 crore in its ambitious telecom project Reliance Jio, making it the world’s largest start-up. “Jio is one of the largest transformational greenfield initiatives in the world with an initial investment of over Rs 150,000 crore. This is really the world’s biggest start-up,” Ambani said during his address at the FICCI Frames 2016, where he was the guest of honour. In 2014, Ambani had called Jio a Rs 70,000 crore initiative. In July 2015, the company had outlined an investment plan of Rs 100,000 crore leading up to its launch in December, which was later pushed to 2016. He noted that the Indian media and entertainment (M&E) industry is set to touch $100 billion in the coming decade. It has grown nine times to $18 billion today from $2 bi…
Post a Comment
Read more

Not quite the master class. More of a Q&A regarding #neerajPandey's humble beginnings in Bollywood and consequent rise as one of the foremost and unique film creator's  in the commercial cinema space. 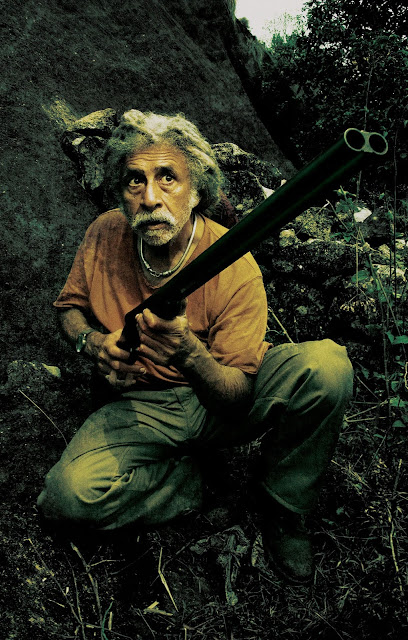 ​ Storyline...A man with an unknown identity grows highly potent marijuana in his remote estate bordering the jungles in Kerala as a last chance to get rich. As his precious crop gets ready for harvest his life turns upside down.
A highly anticipated feature film in India,  ​'​ The Blueberry Hunt ​'​  has Naseeruddin Shah portraying the title role of a man with many names.  Naseeruddin Shah's performance in The Blueberry Hunt will be considered as one of the greatest performances in his storied career, as well as a textbook example on how a master actor portrays a character where we do not know any of the characters back-story or history.
​A​ ahana Kumra who is making a debut with The Blueberry Hunt is Naseeruddin Shah's student. One of the highlights of the film is how Aahana Kumra and Naseeruddin Shah brings to life the dynamics of acting into screen, from teacher - student days to performers on the screen. …
Post a Comment
Read more

March 30, 2016
Exclusive and premium content is the key to succeed in digital world
MUMBAI, 30 March 2016: Exclusive and premium contentis the key to succeed in the digital world.India was fast moving towards digitization but monetizing digital content was still a challenge for stakeholders. The key players in the sector were now engaging the audience to grab a bigger share of the digital market.
This was the shared view of Mr. Aroon Purie, Chairman & Editor-in-Chief, The India Today Group; Mr. Arthur Bastings, President and Managing Director, Discovery Asia-Pacific; Mr. Sudhanshu Vats, Group CEO, Viacom18; Mr. Siddharth Roy Kapur, Managing Director, Disney India; Mr. Vikram Chandra, Executive Director & CEO, NDTV Group and Mr. Neeraj Roy, CEO, Hungama, in a sessionon ‘Change or Perish:  Surviving the Digital Divide’ atthe 17th edition of FICCI FRAMES.
Mr. Purie said that there was a need for improvement in analytics of consumer behaviour in media to create relevant and quality content. The …
Post a Comment
Read more

March 30, 2016
''Aakhri Sauda -The Last Deal'' all set to release on 22nd April        Writer -director Sandeep Kumar's suspense film ''Aakhri Sauda- The Last Deal'' is passed by Censor with A certificate and it set to be released on 22nd April.. The film is produced under the banner of Silver 9 Movies and it is produced by Mukesh Malhotra and Padmakar Athawale and it stars Zuber K Khan, Tanvi Arora, Aaryan Chopra, Sonia Bajwa, Soni Jha, and Ruhi Singh with Mushtaq Khan, Ehsan Khan, Prithvi Zutsi, Nirmal, Dev Malhotra, Anil Nagrath, Kailash Kaushik and Pentali Sen in an item song.Music by Raja Ali, cinematography by Rajendra Sharma, choreography by Raju and Shabana, art by Amrik Singh, editing by Krishna and action by Yusuf are the other major credits of the film.                       ''Shraap'' shooting in progress at Tawang             The start to finish shooting of Neelam Sharma Entertainment's maiden venture ''Shraap'' i…
Post a Comment
Read more

National Centre of Excellence and film facilitation office for media and Entertainment industry in the offing: Ravi Shankar Prasad 17th edition of FICCI FRAMES gets under way

March 30, 2016
National Centre of Excellence and film facilitation office for media and Entertainment industry in the offing: Ravi Shankar Prasad 17th edition of FICCI FRAMES gets under way
MUMBAI, 30 March 2016: India’s talent combined with the power of Information Technology would act as a springboard to launch India into the big league, said Mr. Ravi Shankar Prasad, Minister of Communications & Information Technology, while inaugurating the 17th edition of FICCI FRAMES on the theme ‘Change or Perish – The Year of Digital’.
Mr. Prasad said thatthe Government of India recognized the importance and relevance of promoting media and entertainment industry. Hence, visa processes were being eased for film shootings. Besides the National Centre of Excellence was coming up for the media and entertainment industry and a new film facilitation office was also being set up. He added that a new category in National Film Awards - Most Film Friendly State – has been introduced to felicitate the state that provi…
1 comment
Read more 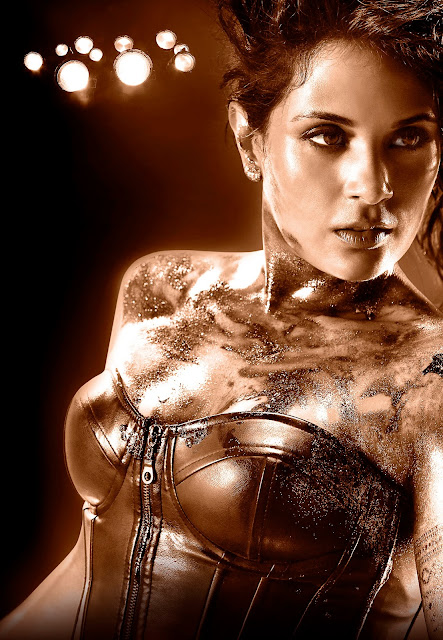 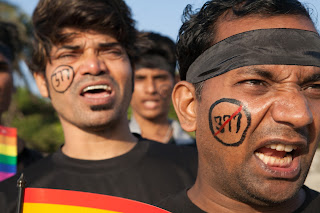 Sridhar Rangayan’s documentary film Breaking Free that highlights the impact and implications of Sec 377 on the LGBT (lesbian, gay, bisexual, transgender) community won the National Award for Best Editing at the 63rd National Awards announced yesterday. Editor Pravin Angre and Sridhar Rangayan said they are overjoyed that the film shot over 7 years with more than 400 hours of footage that was cut into a tight 82 mins film, was recognized by the jury with a citation ‘an orchestrated cuts and curves to depict the hardship of the oppressed’.
“This is a big victory for Indian LGBT community itself, as our film is a truthful, honest film that exposes the brutality of the law, police and government in victimizing gay and transgender persons using Sec 377”, said Rangayan who has managed to weave together testimonials from persons actually booked under Sec …
Post a Comment
Read more 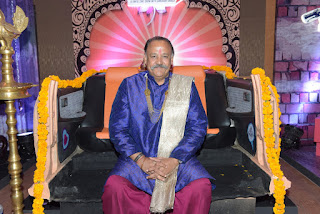 
VOOT will have an array of quirky and hilarious shows like Sinskari- a sex chat show by Alok Nath, Badman- Gulshan Grover’s webmovie in which he relaunches himself in Bollywood as the Hero, Soadies- a rip off of popular reality show Roadies led by Baba Sehgal, Chinese Bhassad- a comedy web series starring Naveen Polishetty written byRaahil Qaazi and Saurabh Tewari.

The entire cast of all the shows was present along with veteran actor Chunkey Pandey who will be seen in Badman along with Gulshan Grover. Duo Raghu Ram and Rajiv Laxman were also seen at the gala event posing with the Sanskari Babuji(…
1 comment
Read more
More posts