Showing posts from May, 2014
Show all

My Name is Salt, Documentary by Farida Pacha

Filmed entirely in India, the documentary MY NAME IS SALT will have its North American premiere at the Los Angeles Film Festival June 14. Director Farida Pacha documents an entire season of salt farming in this poetic and visually stunning meditation on hard work. Directed by Farida Pacha
Produced by Leafbird Films Winner, Grand Jury Prize, International Madrid Documentary Festival
Winner, Grand Jury Prize, Hong Kong International Film Festival
Winner, Best First Appearance, International Documentary Film Festival Amsterdam (IDFA)
The saline desert of the Little Rann of Kutch, India extends endlessly – flat, grey, relentless. There is not a tree or blade of grass. But there is one thing in abundance: salt. Salt is everywhere, lying just beneath the cracked, baked surface of the earth. For eight months of every year, Chhanabhai and his family - along with thousands of others - labor under the blinding glare of the desert sun to extract delicate salt crystals from this desolate landscape. Th…
Post a Comment
Read more

May 30, 2014
Blended(English) Rating: *  *  *  For once Adam Sandler doesn’t go overboard with the smaltz, unpalatable riffs and bed taste. This film is a ‘blended’ romcom that holds your attention and provides the right amount of laughs throughout!
Post a Comment
Read more 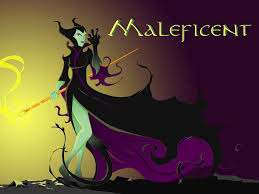