Showing posts from January, 2014
Show all

January 31, 2014
Masterclass by Global Film distributor and Oscar winning Producer, Marc Baschet at Navi Mumbai International Film Festival
Mumbai: January 2014: Oscar winning producer for No Man’s Land and co-producer of  Lunch Box, Mr Marc Baschet, will conduct a Master Class at Navi Mumbai International Film Festival (NMIFF) on 1stFeb 2014 at 3.00 pm at the DY Patil Hospitality College, Nerul.
Mr Marc Baschet will address the aspiring film makers on the topic , “ How to market and distribute independent films globally.” The master class will describe the various ways and methods used in the past to take the independent films to a global platform and the changing scenario today. Various films in India which have been distributed globally successfully are Lunch box and Ship of Theseus. Through this master class, NMIFF aims to cultivate the innovative ideas of film making and to provide talented filmmakers a wider attention and space by showcasing their art to the global audience. Navi Mumbai Film Festiv…
Post a Comment
Read more 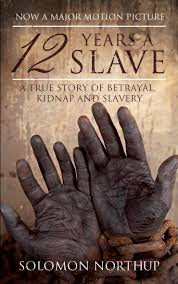 Steve McQueen directs from a script he co-wrote with John Ridley, based in part on Solomon Northup's memoir(true Story) about his life as a free man in the 1800’s , subsequent kidnap and enslaving and finally ending in his rescue by a Canadian abolitionist. It’s a rare first hand account of a 19th century memoir written by Solomon Northup, (who is the central character in the film), a free black man from upstate New York who got kidnapped on a lure and was subsequently sold off, under a false name, Platt, and papers attesting to the fact,   for slave labor in Louisiana. It’s an account that even the most vilely depicted(in the memoir), Edwin Epps, couldn’t find fault with. The everyday drudgery and misery of enslaved plantation life have been depicted w…
Post a Comment
Read more