#PlanetMarathi has its own Milky Way

Planet Marathi has its own Milky Way 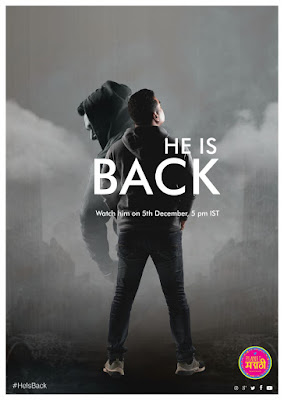 As Twitter India’s Marathi content partner Planet Marathi completes six successful months of being after its launch in May 2017, they are launching a brand-new show for the social media. Planet Marathi arrived in the Twitterverse after Manja Bole with Mahesh Manjrekar and #Faces with veteran journalist Raju Parulekar and another Marathi review show with expert Ganesh Matkari. And now... they have a brand-new show soon to be launched by the former popular anchor of ABP Mazaa - someone who has witnessed the Marathi movie industry surge from 2000 to 2017 and his role has been remarkable for the silver screen celebrities to also take notice. The maverick Amit Bhandari is soon to be launched by Planet Marathi for their new brand-new show called as Lai Bhaari with Amit Bhandari. Bhandari who is moonlighting as this face of this new Planet Marathi oeuvre also happens to be the Vice President of the soon to be launched Marathi channel from the Sony stable. “This show will be unique and very different from what we usually see on web or television,” asserts Akshay Bardapurkar, the moving spirit behind Planet Marathi without divulging further details. Ostensibly the buzz is huge in social media and on social media and this will surely something which no one would like to miss. The show also has a dash of Bollywood to it and ace photographer Dabboo Ratnani who has set the careers rolling for many Bollywood aspirants and stars has designed the look and feel
#PlanetMarathi has its own Milky Way #BrandstandMedia #JohnsonThomas