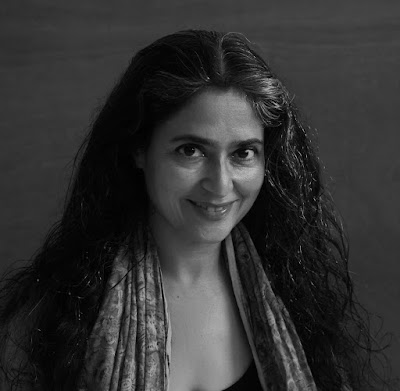 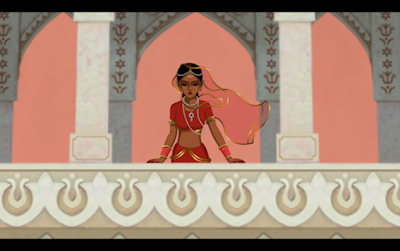 Produced by Anand Mahindra and Rohit Khattar and financed by Cinestaan Film Company (who also recently executive produced the 3 Academy Award-nominated ‘Cold War’), Bombay Rose has been written, designed and directed by Gitanjali Rao. The film is in co-production with Film d’Ici and was delivered at Mumbai based PaperBoat Animation Studios. Working creatively alongside Gitanjali was acclaimed sound designer P M Satheesh. The film is the long-awaited feature debut of India’s leading animator Gitanjali Rao. Gitanjali’s five animated short films, Blue, Orange, Printed Rainbow, Chai and TrueLoveStory have been to over 150 film festivals and received 30 awards. ‘Printed Rainbow’ won three awards in Cannes Critic’s Week 2006 where it premiered and was short-listed for the Oscars in 2008. Gitanjali Rao also made her award-nominated film debut as an actress in Shoojit Sircar’s acclaimed film, October. Follow updates of the film on our social media handles: Twitter: https://twitter.com/bombayrosefilm Instagram: https://www.instagram.com/bombayrosefilm Facebook: https://www.facebook.com/BombayRoseFilm About Cinestaan Film Company Cinestaan Film Company is a boutique film studio committed to nurturing our rich cinematic legacy, by supporting both national and international cinemas. Cinestaan Film Company develops, produces, sells and distributes films across the world and were recently Executive Producer of Cold War, nominated for 3 Academy Awards including ‘Best Foreign Film’. C International Sales, its Sales Agency specializes in the sale of both Indian and international films seeking global audiences and has successfully represented critically acclaimed films internationally like Hotel Salvation (Mukti Bhawan) which has been released in over 30 countries. Cinestaan AA Distributors, it’s JV with AA Films, is the leading overseas distributor propelling big Indian audiences throughout the world into cinemas. Some of the films distributed by Cinestaan AA Distributors include Baahubali 2 - The Conclusion, Stree, Badhaai Ho, Bharat and Gully Boy. For more information on Cinestaan Film Company, please visit www.cinestaanfilmcompany.com About Gitanjali Rao Gitanjali Rao is an Indian theatre actress, animator and film maker. A self-taught animator and film maker, Gitanjali Rao emerged onto the international stage with her animated short, ‘Printed Rainbow’ which premiered in Cannes Critic’s week 2006 ( Kodak Discovery Award, Petite Rail D’Or, Prix Du Jeune) The film went on to win 25 awards and was short listed for the Oscar in 2008. Her four independently produced animated shorts have been to over 150 International film festivals and received more than 30 awards. They have been showcased in international art biennales in India, Poland and USA. Painted frame by frame, Gitanjali’s films travel seamlessly between harsh urban reality and the dream world created by the psyche, to escape that reality. While her depiction of urban reality has a documentary style, the intricate dream worlds are inspired from the rich and varied folk art styles of India. Her body of work includes animated commercials, pre-production for animated features, logo-motions, as well as graphic novels and illustrated stories. She is also an award winning actor on stage and in films. Bombay Rose, a labour of love made over six years, is her debut feature. For more info on Gitanjali Rao, please visit https://www.gitanjalirao.com/ About Les Films d’Ici (Co-producers) Founded in 1984, Les Films d’Ici, is one of the most established French production companies, with 30 hours a year and a catalog with more than 800 pictures (documentaries, series, feature films and feature-length animations) released worldwide and awarded in the most prestigious festivals, such as: Dead Souls by Wang Bing (Cannes Official Selection 2018), Fuocoammare by Gianfranco Rosi (Oscar and Cesar nominations, Golden Bear Berlinale 2016), Funan by Denis Do(Best length-feature animation Annecy 2018), El Velador by Natalia Almada (Cannes Director’s Fortnight 2011), Michael Kohlhaas by Arnaud des Pallières (Cannes Official Selection in Competition 2013), 3000 nuits by Mai Masri (Jordan’s Oscar Submission, Toronto International Film Festival Competition 2015), Les Bureaux de Dieu by Claire Simon (Director’s Fortnight 2008), Waltz with Bashir by Ari Folman (Cesar for Best Foreign Film, Golden Globe for Best Foreign Film, Cannes Official Selection in Competition 2018) Z32d’Avi Mograbi (Orizzonti Section Mostra di Venezia 2008, Etre et avoir by Nicolas Philibert (Cannes Official Selection 2002, European Film Award for Best documentary )... For the last 30 years the producers of Les Films d’Ici have been working with writers and directors from France and abroad together with international partners. The range of different genres that Les Films d’Ici seeks to promote reflect the many points of view of the artists with whom we work. We are committed to producing and screening these images of the world. Exploring the world through picture is our never-ending quest. For more info on Les Films d’Ici, please visit http://www.lesfilmsdici.fr About Paperboat Design Studios (Animation Studio) Soumitra Ranade, Aashish Mall and Mayank Patel came together and founded Paperboat Design Studios in 2011. The idea was to create a unit that delivered top quality projects in design, animation and films. The core competence of Paperboat has always been conceptual thinking along with a learned understanding of different mediums because of which they have been able to achieve this truly unique position of straddling seamlessly across animated feature films, live action feature films, documentaries, animated TV serials, animated audio-visuals, children’s books, nursery rhymes, Apps. and games. During these nine years, Paperboat has successfully delivered projects to clients such as: Cinestaan, McCann, Ogilvy, Zee, World Bank, IIT Bombay, Harper Collins, Coca Cola, Cadburys, Nestle, Burger King, Reebok and many more. Their animated feature The World of Goopi and Bagha premiered at the TIFF and then went on to be screened at numerous other prestigious international film festivals like Busan, Dubai, MAMI etc. Their live-action, animation/VFX film Ghode Ko Jalebi Khilane Le Ja Riya Hoon was screened at Sundance, Curritiba Brazil, OIFFA, IFFSA, Reaktor Film Festival Vienna, and many more.
#BombayRose is the first Indian animation feature to Open #CriticsWeek at #VeniceInternationalFilmFestival #gitanjaliRao #LoudspeakerMedia #JohnsonThomas