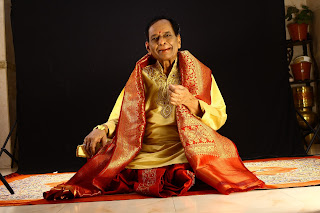 Keli is now entering the 24th year of its journey exploring the rich and diverse forms of India’s artistic traditions. The forthcoming 3 day long Keli festival scheduled on 5,6,7, February 2016 will focus on the unique music world of the living legend in Carnatic classical music tradition,  Dr. M. Balamuralikrishna.
Characteristic of Dr.  Balamuralikrishna's musical journey has been his non-conformism, spirit of experimentation and boundless creativity. Dr. Balamuralikrishna has innovated upon the whole gamut of Carnatic music system even while keeping its rich tradition untouched. Over 25 new ragas like Ganapathi, Mahati, Lavangi are credited to him. He has made 400 compositions in various languages, released 250 cassets, presented 25000 concerts  He also made innovations to the Tala system.
``Tradition is the grammar of music. It is the greatest and the Best. But I don’t want to impose any further limits or constraints on interpreting music in the name of tradition.’’
-Dr. M. Balamuralikrishna
KELI is a Mumbai based registered Charitable organization striving to preserve, develop and propagate the classical cultural heritage of India, many of which are now on the verge of extinction. Keli has been active in this field from the last 23 years and during this period, has successfully handled a number of important projects in furtherance of its objectives. The annual Keli festivals, structured thematically every year, are well known to artists and art lovers of the City and have earned the organization a significant place in the cultural life of Mumbai.
Through this festival, Keli attempts to explore the musical world of Dr. Balamuralikrishna, one of the all  time greats of Carnatic music. Keli believes that this is a proper time to mark the vitality and resilience of Carnatic music tradition that Dr. Balamuralikrishna inherits and to share its historic import to a wider audience in the country.
‘’Tradition is the integral purity of a specific cultural heritage. It is our responsibility to keep them alive and preserve their specific individuality. Our present generation should recognize the real energy of our ancient traditions and must evaluate them in a historic perspective. It is with this conviction LIC is collaborating with Keli in their attempt to explore the classical art tradition of India.’’ B. Venugopal, Zonal Manager, LIC.
‘’ We learn from arts, as nowhere else, about the vastness and depth of human expression. It is with this conviction  Union Bank supports Keli in this unique Classical Music festival2016.’’ Hemalatha Rajan, G.M.CC Union Bank of India .
LIC and Union Bank is supporting Keli Festival 2016.
Other corporates supporting Keli Festival 2016   are LIC Housing Finance Ltd and  RCF
We have great pleasure in inviting all art lovers to participate in this unique Classical music  Festival. 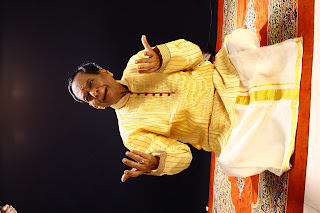 Day 1
Inaugural Program
Friday, 5th February 2016, at Y.B. Chavan Centre, Opp. Mantralaya at 6.45 pm
Dedicating the festival to the memory of Gayaka Sarvabhauma Sri Parupalli Ramakrishnayya Pantulu .
Presenting Silver  Conch to Shri K. Jayakrishnan, the mrudangam exponent
Presenting Veerashrunghala to Padmavibhushan Dr. Balamuralikrishna.
Concert on the Compositions of Dr. M.Balamuralikrishna
by Dr.K.Krishnakumar and group
Krishnakumar   started learning music  from his mother  Sharada Kalyanasundaram and  father Prof.Y.Kalyanasundaram. He continued his learning in Carnatic Classical music under late Prof.Neyyattinkara M.K.Mohanachandran Nair.  Then he took  advanced training from Padmavibhushan Dr.M.Balamuralikrishna . He is continuing this Guru – Sishya  tradition for the last  two decades. He has received Kerala Sangetha Nataka Academy Award and has presented over 1900 concerts in India and abroad.

6th Feb 16,
at Marathi Sahithya Sangh, Vashi, near M.G.M hospital   at 6.30 pm
In association with Sopanam, Vashi.
Concert on the musical approach of Dr. M.Balamuralikrishna
by Renganatha Sarma
Hailing from a family of musicians, Cherthala K.N.Ranganatha Sharma has risen to the top by sheer hard work and dedication. Blessed with a sonorous voice, he has evolved a unique style of his own – a style that retains the core values of Carnatic music and has instant appeal. Having mastered the art over a career spanning three decades, he has emerged as a versatile vocalist and teacher. His forte is ‘Sruthi Sudha’ and ‘Sahithya Sudha’. He is one of those rare musicians who are adept at both teaching and performing. He has performed extensively in India and abroad as a ‘A Class’ artiste of All India Radio. Ranganatha Sharma is working as associate professor and research guide in music at Sri Sadguru Sangeetha Vidyalayam,Madurai.

Day 3
Sunday, 7th February 2016,
at N.B.K.S Hall, Sector 5, Nerul, near Reliance fresh.    at 6.30 pm
In association with N.B.K.S Nerul.
Concert on the Aesthetics of the music of Dr. M.Balamuralikrishna by Cheppad  A.E. Vamanan Nambudiri and group
Cheppad Vamanan Namboothiri had his early training in classical music from his mother Smt.Droupathikkutty Antherjanam and then from Guru Sri Harippad Gopinadhan . He  passed Ganapraveena  from Sri Swathi Thirunal college of music, Thiruvananthapuram. After that, he got the opportunity to  study under the veteran musician of Kerala (Late) Prof.Mavelikkara R Prabhakara Varma. He is  now a “Top” grade artiste working with All India Radio, Thrissur.

Accompanying artists
K. Jayakrishnan ( Mrudangam)
Right from childhood, music, especially the percussion part of it, was a passion for K. Jayakrishnan. He chose to be a percussionist and an ardent devotee of Carnatic music. He is the disciple of Palakkadu Seshamani and Palakkadu Rajamani. Over the past three decades, he has shared the stage  with almost all the major stalwarts in this field — perhaps a rare privilege for a mridangam artiste of his age. He is the recipient of Kerala Sangeetha Nataka Akademi and is presently pursuing PhD on the topic ‘Playing mridangam to different musical forms of compositions in Carnatic music,' based on the three main schools of Thanjavur (Vaidyanatha Iyer), Palakkad (Mani Iyer) and Pazhani (Subramanian Pillai). He is a post graduate  in commerce and staff artist of AIR ThrissurIdappally
Ajithkumar ( Violin)
Idappally Ajith Kumar has been in the scenario of Carnatic music from the past 25 years. He is the  disciple of Guru. Nedumangad Sivanandan, Ajith has accompanied top ranked Carnatic classical musicians of India. He hasalso given many solo performances in India and abroad. He is a 1st  rank holder in M.A. Violin from RLVCollege of Music and Fine Arts, Tripunithura. He has received many awards and titles including the Best Violinist award instituted by the Music Academy, Chennai during the year 2010. He is presently working as the Lecturer in music at Sree Sankara University of Sanskrit, Kalady. He is an  A-grade artist of AIR.  Ajith has brought out many albums including violin duo for reputed audio companies
Kalamandalam Shyju ( Morsing)
Shyju took his diploma from Kerala Kalamandalam and received training from K. Jayakrishnan. He has accompanied the maestros in Carnatic music likeT.V sankaranarayanan, Dakshinamoorthy, O.S. Thyagarajan, Trissur P. Ramachandran . He is presently a guest lecturer in Kerala Kalamandalam. He is a Graded artist  in AIR,  Mrudangam(B) and Morsing (B High). He has travelled extensively in India and  abroad with his art.
Payyannur T. Govindaprasad ( Morsing)
Payyannur T. Govindaprasad is one of the leading morsing artistes in India. An  A-grade artiste of All India Radio, Govindaprasad has carved a niche for himself in the classical music concert circuit with his musical acumen and skill. He  began learning the mridangam from Kaithapram Viswanathan Namboodiri then from  K. Jayakrishnan and Chertala S. Dinesh.passed  Ganabhooshanam from Chembai College of Music in Palakkad with first class. He did his post graduation from RLV College Tripunithura. He had the fortune to accompany the maestros in Carnatic music like Dr.M. Balamuralikrishna, T.N. Seshagopalan, T.V. Sankaranarayan, O.S. Thygarajan, Dr. K.J. Yesudas, Sanjay Subramnayam…

Vellattanjoor Sreejith
Sreejith is a disciple of late Sri Koduvayoor Radhakrishnan and Sri K.Jayakrishnan, and is now a “B  High” grade artiste of A.I.R. Thrissur. He has accompanied almost all the great veterans and has performed in US, U.K, Europe & U.A.E . He is a  graduate and  working as a teacher.

Dara Singh An Obituary “Dara Singh”, the magic words of strength! Almost everyone born in the fifties to sixties would easily associate at least one episode in his life when seeing a heavy object he had exclaimed “ Isse Dara Singh uttha lega ?” or chiding a wannabe bully “Oye, tu Dara Singh hai ”? The man was synonymous with a super human strength. Little wonder when the movie directors started looking out for an appropriate man to play Lord Hanuman he was a natural choice. Belonging to a small village, Butari near Amritsar, he shot into public eye with his wrestling exploits. For the first time an Indian wrestler successful matched muscles and skills with the best international names in free style wrestling. From Rustam-e-Hind he quickly rose to be the Rustam-e-Zaman and in an era when there was nothing to cheer about in individual sports achievement he brought smiles and glory to the nation. I too saw one of his matches with a much-touted wrestler from USA named Godi
Read more

Intouchables, French film with english subtitles, releasing in the first week of July 2012 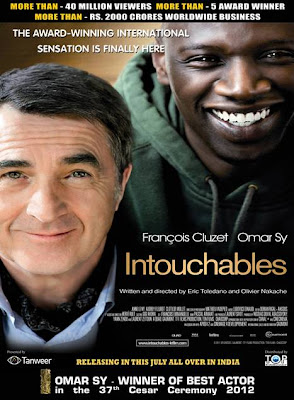 INTOUCHABLES Releasing :06.07.2012 Plot: This French film is based on a true story is directed by Olivier Nakache, starring Francois Cluzet as aristocrat Philippe and Omar Sy as ghetto dweller Driss is a heartwarming tale of friendship, life and the relationships formed between people without regard to disparity, narrated in a crisp, flowing flashback format. After a paragliding accident, when Philippe, a rich Parisian aristocrat, needs a live-in caretaker, he encounters many clones of qualified people in an interview. Driss, a strapping inner-city crook, shows up for this interview with the intention of being rejected. However, impressed with his irreverence, Philippe hires him. What follows is the formation of a great bond between the two, as they help each other across some of the challenges in store for them. They bond and help each other grow, enriching each other’s lives by embracing the differences between them. Director: Olivier Nakache, Eric Toledan
Read more 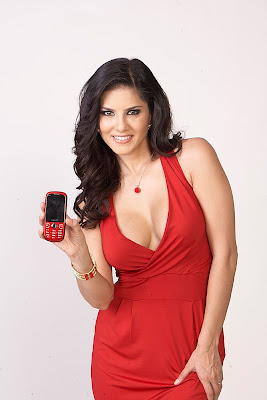