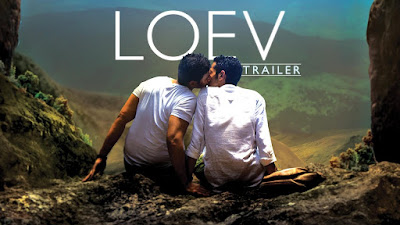 An altogether honest and rare look at relationships in the LGBTQI frame-of-reference, this heart-warmer about two friends who take a weekend break together and discover feelings that catapult to the fore, is quite breezy and entertaining. Divorced Wall Street deal maker, single parent, Jai (Shiv Pandit) who confesses to being in a relationship with a muslim woman despite the orthodoxy of his hindu forbears, flies down to Mumbai to make a deal and have some fun along the way. He has already agreed to an assignation with his friend Sahil(Dhruv Ganesh), a music producer who is openly gay and lives in with a ‘mallu’ Alex(Siddharth Menon). The weekend is supposed to be a break away from the routine, meant to recharge individual batteries and give the two friends some quality time to catch up with each other’s lives and likes and sort out some complicated past life issues. Instead it becomes a tryst where repressed feelings come to the fore given the proximity with each other and distance from everyday societal pressures. It’s an unexpected love that springs up and leaves the two friends(now lovers) reeling from it’s aftermath. 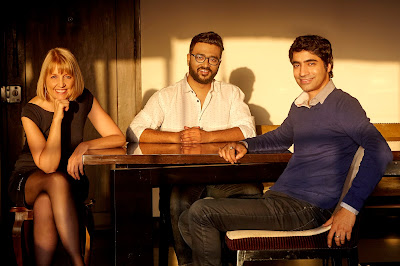 Actor Dhruv Ganesh, who plays the role of Sahil, passed away when the film was in post production. He died of tuberculosis at the age of 29 and the opening credits honor him with a fitting memorial. The performances are all life like, the writing is honest and devoid of artifice. The raw sensual chemistry between the two leads (Dhruv Ganesh And Shiv Pandit) is quite palpable and therefore makes their intimate relationship saga believable and riveting. While the story doesn’t go beyond the weekend tryst with the two friends doing some catching up on promises never fulfilled, Sudanshu Saria’s directorial treatment allows for unprocessed parrying between the two , thus lending it genuine heartfelt emotional heft. The quirky hedging keeps you entertained and the lush camerawork lends breathtaking vivacity to the ensuing nuanced play on friendship, longing and love. There’s no attempt being made to camouflage the flaws in the characters of the two central individuals and that makes it all the more believable. Siddharth Menon’s playful audacity works in an effective presence even while Dhruv and Pandit smoulder with the passion of remembrance. 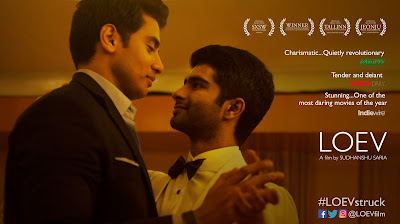 Of course there are moments which grate on your nerves. The overdone use of the word ‘Stay’ when the character is not going anywhere, the repetitive turnover play on tiredness and the Alex’s lack of jealousy or anger even though he realizes there’s ‘Loev’ happening between his partner and Jai. It’s probably an inherent part of the poly-amorous complexity with which such relationships exist. But for that niggling doubt-fire, this would have been a fulfilling experience. Nevertheless, Here’s a film that is unapologetic of it’s core intent and dares to say it like it is! Johnsont307@gmail.com
#Loev #BollywoodEnglishFilmMovieReview #JohnsonThomas