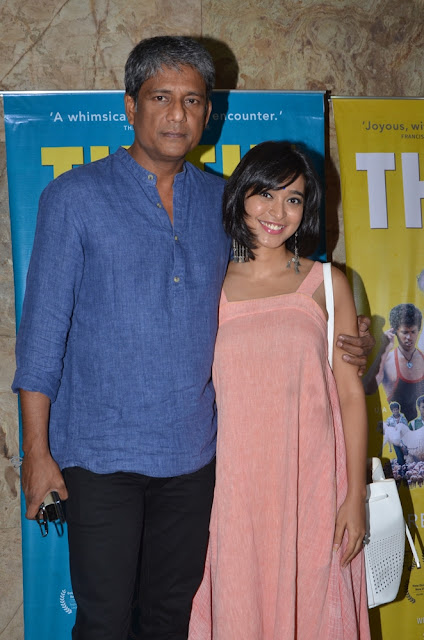 Mumbai, May 29, 2016: Filmmaker Kiran Rao hosted a special screening of National Award Winning Kannada film,Thithi by Raam Reddy which is slated for Pan-India release on June 3. 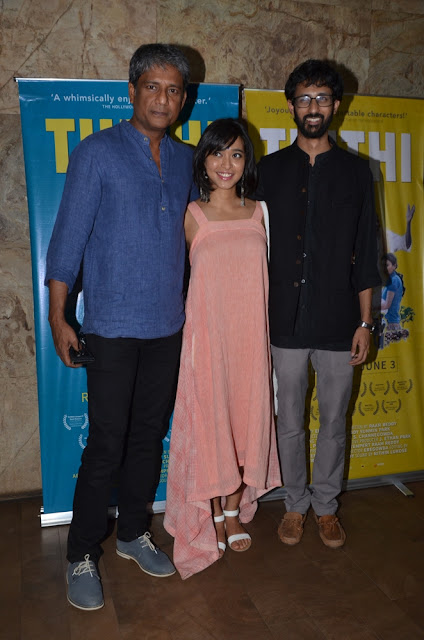 After a successful run in Karnataka, Raam Reddy's internationally acclaimed directorial debut will hit theatres across India on June 3 with English subtitles. 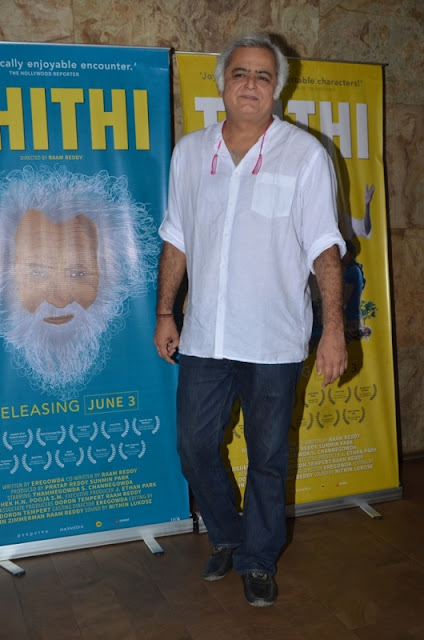 Quotes of the celebrities

Kiran Rao – "I think it’s a truly extraordinary film, one that shows such maturity of craft, such a great handle on performance given that all the actors are non-actors and ultimately such a heartwarming examination of life, it's an observation of life as it unfolds in this village. It’s so charming and so funny that I was completely absorbed and drawn into this world. I really hope that other people will give this a chance and go and see it because I genuinely believe that it’s film that everyone should go out and watch." 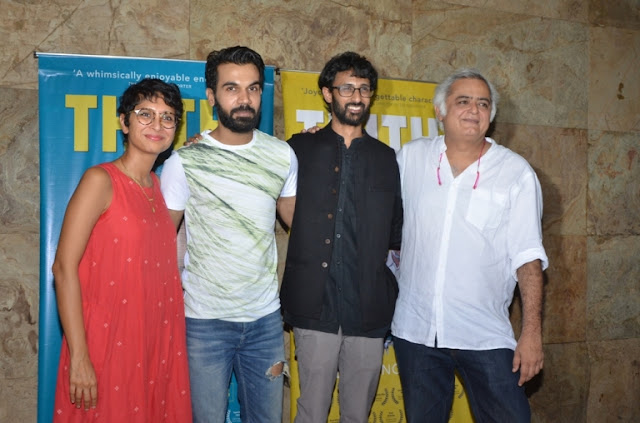 Rajkumar Rao – "Thithi is one of the most outstanding films I have seen in my life coming out of India, something I’m really proud of. It’s most beautifully written characters and performed so real, you feel like you are in their world, it’s a very voyeuristic film.  You don’t feel like you are watching the film, it films that you are living the life of these characters. I think it’s the best debut Raam could ever have." 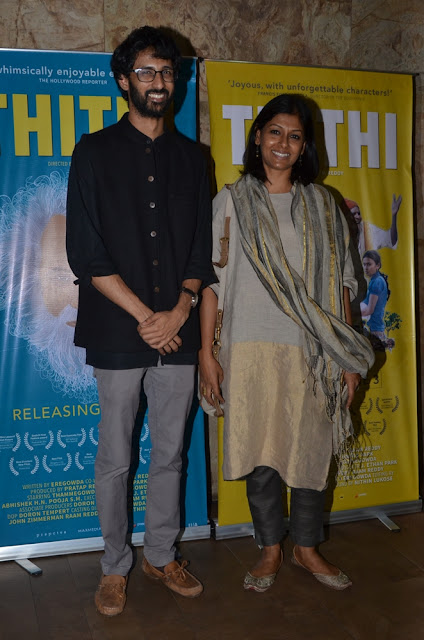 Nandita Das – "It’s absolutely delightful, I think it’s seldom you get to see slice of life film of rural India given the language and the textures that are so real, amazingly witty and funny. I’m curious to see how it will work in urban areas. We have also become insular that we don’t care about what’s happening in the rest of the country, so I think those who do should definitely go and watch it. There’s so much that’s going on at various level that we are almost unaware of and I thoroughly enjoyed it. And Raam, a young guy has done remarkably."

Hansal Mehta – "I’m absolutely stunned and dumbstruck. It’s unbelievable that this can be the first film of the director. It's incredibly pure and organic. You get sucked into their world." 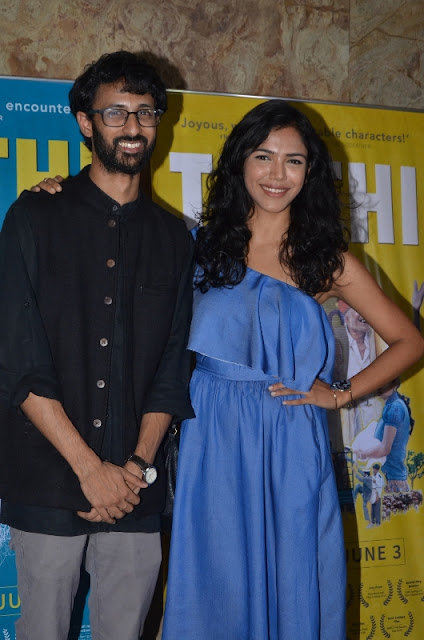 Sayani Gupta – "The film is fantastic. This is the second time I’m seeing it, I had seen it in MAMI first. I couldn’t stay in my chair, I was constantly falling off my chair laughing because it was so funny. And it’s Kannada film but never does it come in the way of you enjoying the film. The flavor of the film, the texture, the character, it’s yummy, it’s so beautiful. I came to see it because I can keep watching the film, because it’s so entertaining and really great that such young people are doing such great work. I think cinema is all about simplicity and if you can create the magic in little things.It’s so moving and so layered..Ohh I can just keep talking about the film."

Adil Hussain - "I think it’s a movie that makes you feel light and also inspires you to be transparent because of the characters, of course the entire credit goes to the director. He created something which I would have never thought can be created in such large scale. I have seen many films with real characters but this is I think much bigger scale that the director has created. I think it’s a gift to India cinema by an amazing director and Indian future filmmakers should be inspired and audience will be introduced to another kind of cinema." 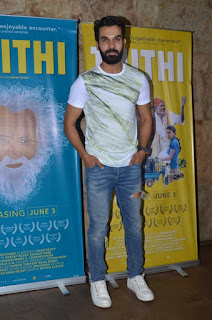 Smriti Kiran, Creative Director, Jio MAMI - "Raam makes it look effortless but I can only imagine the kind of work that must have gone into this film. Thithi is a triumph. An experience that everyone must indulge in"

Ram Sampath  "I actually loved the film, it's a very entertaining film. It's a trip actually, a beautiful journey that you go through with all the actors. It's so extremely well observed and I enjoyed the film thoroughly and I think it's one of the most entertaining films you'll see this year."

Shriya Pilgaonkar - "Thithi by Raam Reddy is an outstanding film. Considering such a young director has handled a subject with this maturity is amazing. It’s funny, poignant. it’s really very commendable that this film has travelled all over the world and I’m heavily inspired by him because he is so young and he has done such a fantastic job. I urge everyone to go and watch the film. It has made me very proud that it’s a film coming from India."

Shilpa Shukla - "Thithi is once in a blue moon film. Full of giggles & tickles, it fills you with precious silence." 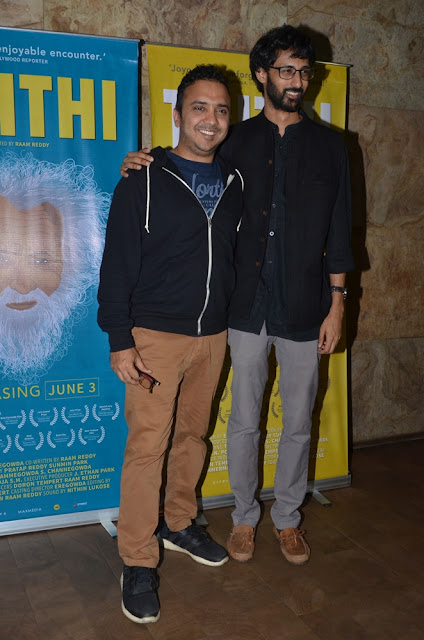 Raam Reddy says, "It is hard to express how deeply thankful I am to Kiran Rao, and everyone from the industry who have so open-heartedly supported and embraced Thithi. I am so humbled by their acceptance; their appreciation is deeply encouraging to me and my entire team, and will push us to continue our attempts at creating honest and engaging art. Moreover, with an atypical indie like Thithi getting this kind of unconditional support nationally, I honestly feel it is an amazing time to be a young indie filmmaker in India! I am now looking forward to national release on June 3rd with even more hope and excitement!"

Thithi bagged two top awards –-Pardo d’oro Cineasti Del Presente Premio Nescens”  (Golden Leopard, Filmmakers of the Present Competition) and “Swatch First Feature Award" for the best debut feature— at the Locarno International Film Festival where it had its international premiere in 2015. The film made its Asia premiere at Mumbai Film Festival (MAMI), 2015 and won the Jury Grand Prize in the international competition. The film recently won the 2016 National Award for Best Feature film in Kannada and also won three awards at the Karnataka State Film Awards 2016 - Best Film, Best Dialogues and Best Supporting Actress. "The film was also one of only two Indian films in the past decade selected for 2016 New Directors/ New Films, in MoMa, New York, and also was the only regional indie film from India that was in the Sight and Sound Critics Poll for the Best Films of 2015.

The film is produced by Pratap Reddy and Sunmin Park.