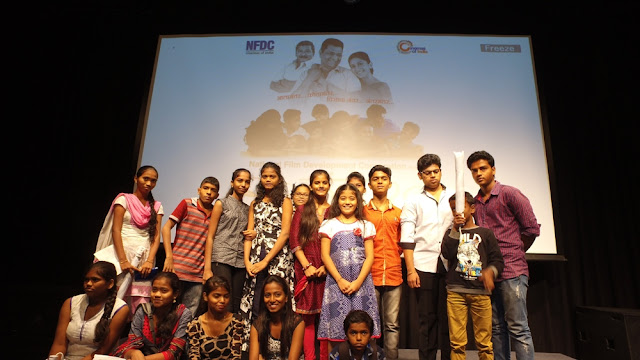 The NFDC produced Marathi film, that released across major cities in Maharashtra on June 10 that speaks highly about right to education supported the initiative taken by G5A’s CityLab - an aim to connect communities to share learning and experiences on wide-ranging topics and social issues that need attention, awareness and action.

CityLab, the project and outreach arm of the G5A Foundation for Contemporary Culture is working closely with the students of Babasaheb Gawde High School on a documentary ‘My Waste My Responsibility’ where these students - custodians of neighborhood and as young reporters will highlight the issues of solid waste, the importance of segregation and the initiatives that must be undertaken in G South Ward. This is a pilot that can be replicated in the other wards of Mumbai.

Reinforcing the power of films as a tool for social change, the film team and children of school interacted at length sharing their experience working on social issues, Solid Waste Management and Education, their dreams, ambition, etc. 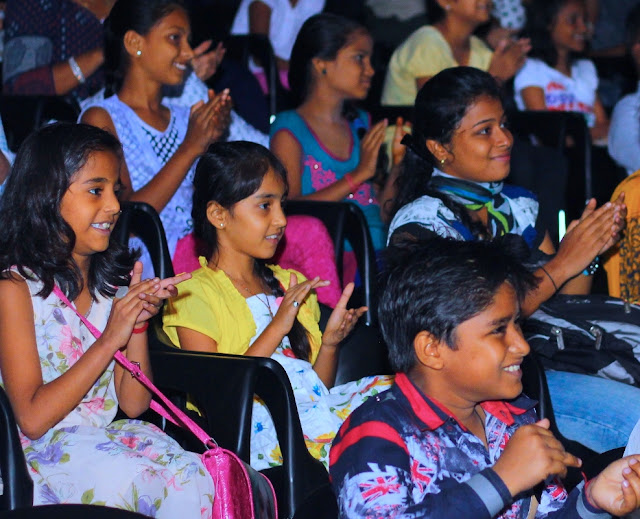 Present at the screening were director of the film Uday Bhandarkar, Founder Director of G5A Foundation, Anuradha Parikh and representatives of NFDC.

Nazhat Shaikh, Director of Finance, NFDC, said, "It was heartening to see how kids enjoying the film 20 Mhanje 20. NFDC distributed the umbrellas to the kids which was a great way to celebrate the release of the film and also welcome the first showers in Mumbai"

Expressing his happiness in associating for this initiative director Uday Bhandarkar said, “I would like to thank NFDC for organizing this event with the students of Babasaheb Gawde High School through G5A. This event was an opportunity to showcase our film Vees Mhanje Vees wherein we are stressing on education not just being mere book learning but also a 'confidence building' exercise aimed at the young Indian who are our future. I would like to congratulate G5A team for taking up such interesting projects which inspire the younger generation and motivate them to aim for a better tomorrow"

Anuradha Parikh, Founder Director and CEO, G5A Foundation said, “Film is a wonderful medium to communicate a message, more so if it is done with a social issue. It has mass appeal and a potential for wide outreach. Students of Babasaheb Gawde High School were introduced to the concept of filmmaking at our community and cultural center, which inspired them to think of it as a medium to communicate the issue of solid waste. It is especially inspiring to be working with these young reporters and aspiring filmmakers! This project is in close coordination with the MCGM, G South Ward and through public-private partnerships, we want to maximize awareness and empower and mobilize the community for action.”

Synopsis of Vees Mhanje Vees
Vees Mhanje Vees is the story of a young college student, Shailaja, who returns to her native village to reopen the school that her ailing father – a retired school teacher – had started. The film spans her journey as she scuffles through all odds to keep the school running and fulfill the promise made to her father.

ABOUT NFDC
The National Film Development Corporation of India is the central agency established to encourage the Good Cinema movement in the country. The primary goal of NFDC is to plan, promote and organize an integrated and efficient development of the Indian film industry and foster excellence in cinema. Over the years, NFDC has provided a wide range of services essential to the growth on Indian Cinema. NFDC (and its predecessor the Film Finance Corporation) has so far funded/produced over 300 films. These films, in various Indian languages, have been widely acclaimed and have won many National and international awards.

About G5A:
The G5A Foundation for Contemporary Culture is a not-for-profit organization, that supports contemporary art and culture, good governance, and sustainability.

At G5A, we believe that art and culture have the power to ignite change for the better – by challenging people to think critically, creatively, and courageously.
Through a series of diverse programs and projects, we are committed to nurturing a vibrant, safe, and inclusive platform that encourages the creative and just – in thought and expression.

In doing so, our endeavor is to enrich people’s lives, rebuild resilient and responsible communities, and strengthen the cultural fabric of our community and city.